The Ankarana National Park is the most visited park in Northern Madagascar and offers spectacular circuits for hikers and nature lovers alike. The park is located on the RN6 about four hours south of Diego Suarez. From Ankify, about 140 km and 4 hours’ drive.

The climate is dry, the rain (90% from november to march) is 1800 mm per year and the average temperature is 25 ° C. The warmest months are from November to March with an average temperature of 28 ° C, it is cool between June and August when the temperature can drop even below 15 ° C. Between January and March, the rains are very heavy making it very difficult, see impossible, to visit the park. 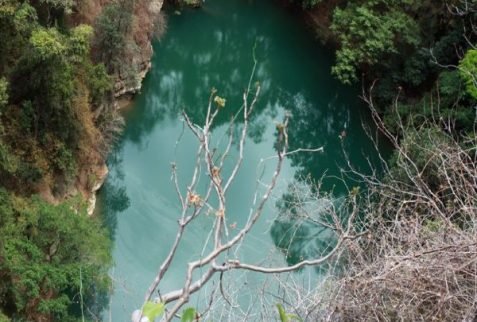 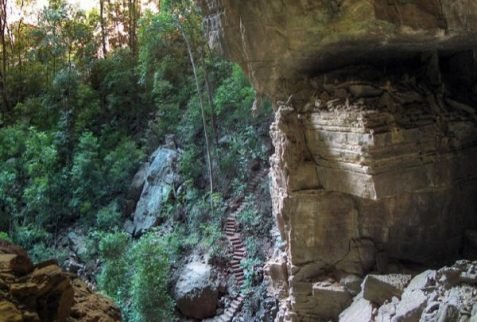 60 species of reptiles and amphibians, 96 species of birds, 14 species of bats and half of the bats of Madagascar, live in the caves of the park. Two of them, the mega-bats and the micro-bats, are the world’s largest and smallest bats, respectively. Lemurs also must be mentioned, 11 species live in Ankarana,  and it is considered as one of the national park with the highest density of primates in the world. Let’s mention Sanford’s brown lemur, the perrier’s black lemur, the northern sportive lemur and the dwarf lemur. Other mammals we can see are the ring-tailed mongoose, the fossa, the tenrecs and Madagascar striped civet. Near rivers and lakes you can also see crocodiles.

The flora is also exceptional, with more than 350 plant species, Ankarana is a great destination for plants lover. The biggest variety is found in the evergreen forests around the gorges. Let’s mention the “vazaha tree”, pandanus, ficuses and the endemic baobab Adansonia madagascarensis.

Several circuits have been set up for visitors. None of these routes presents particular difficulties. Depending on the route chosen, two to nine hours of walking are necessary to immerse yourself in this timeless nature.

Park entry fee 65.000 MGA + guide from approximately 250.000 MGA to see the main sights in Ankarana East for a whole day