Sambirano Valley & the Parks of the North

Sambirano Valley & the Parks of the North

A 7 days private tour to discover Sambirano Valley, its villages, the world famous cocoa plantations and the National Parks of Northern Madagascar. 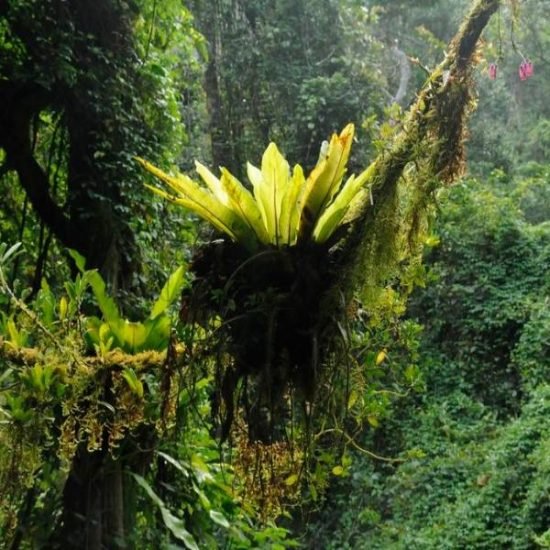 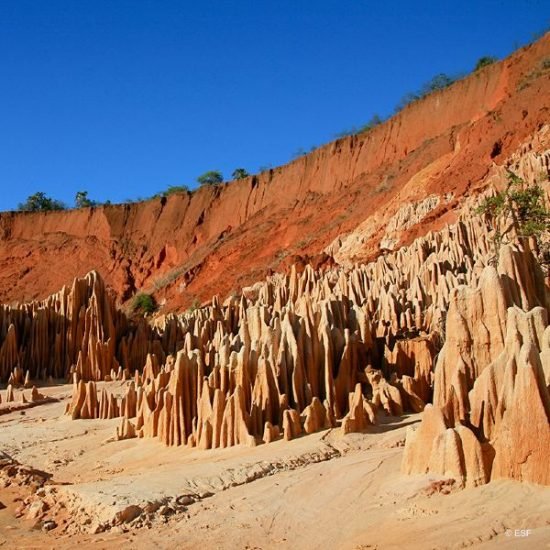 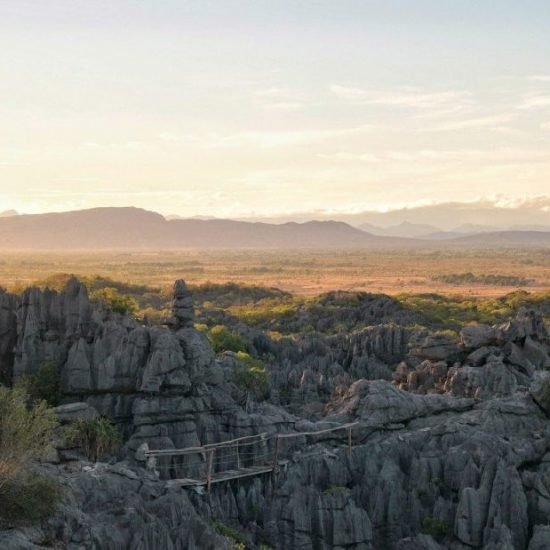 We begin the tour to the south in the morning by visiting Amber Mountain National Park. By car we reach Joffreville in about 1 hour, the entrance to the park. Joffreville, a small characteristic colonial village, where time stopped in the 1960s. Old military hangars and beautiful old Creole style villas make of Joffreville the favorite destination for the french military during colonial time. The park, a rainforest comprising six volcanic lakes and three waterfalls, is a paradise for many endemic animals and plants. Located from 800 m above sea level to more than 1400 m above sea level, the Montagne d’Ambre National Park offers spectacular views on clear days. You will also notice a difference in temperatures of up to 10 degrees from the surrounding areas. We will choose our circuit with a local guide. Free afternoon in Joffreville. Hotel Nature Lodge or similar.
2

After breakfast we continue traveling south to the Irodo Valley to admire one of the main sight of northern Madagascar, the Red Tsingy, a natural spectacle caused by soil erosion. Back on the main road to reach Mahamasina, by the entrance of Ankarana National Park. This park is characterized by a complex of limestone rocky pinnacles, called Tsingy, formed by the erosion caused by rich waterways; patches of dense tropical jungle; strips of deciduous forest, deep caves and canyons. Arrival is expected by 1PM, on time for a short lunch break and a 2/3 hours' hike in the park. The circuit will be chosen on the day with a local expert. Hotel Relais Ankarana or similar.
3

We will spend the whole day hiking in the park. Hotel Relais Ankarana or similar.
4

After breakfast back on the road, in Ambanja, we will meet our local guide that will take us on tour in the Sambirano Valley. By car we drive along the track parallel with Sambirano river through a green landscape where rice fields, plantations and typical villages of the area rise. The Sambirano Valley is the economic lung of the region, as evidenced by the incessant coming and going of bicycles and motorcycles. We will be crossing the river in a canoe and with a cart pulled by one or more zebu we arrive in Andranomandevy where we will spend the night. We will sleep in a simple bungalow built to support the community run by the women of the village.
5

Depending on the day and the prohibitions that govern this sacred place, in the morning we plan to visit the thermal spring and the marsh that surrounds an islet where thousands of birds nest. Then our walk through cocoa trees and and splendid rice fields on the mountainside. Crossing the villages we can realize how distant our world is to the locals, daily life flows slowly but with a certain charm. We arrive in Antanambao by noon, installation in our cabins and lunch at the community accommodation. In the afternoon, we can swim and walk along the banks of the Ambahatra river.
6

Morning walk to join the vehicles on the other side of the river then transfer to the village of Ambobaka which is known throughout northern Madagascar as a center of traditional medicine. A line of healers exercises ancestral knowledge which allows them to heal fractures and other trauma, using plants and different types of massage. Short crossing in a dugout canoe to the "Bons Pères" waterfall for a picnic, relaxation and swimming in this Garden of Eden where a succession of waterfalls form natural pools. In the afternoon, we will take a pirogue ride along the Ramena river which unrolls its bucolic landscape in silence to the village of Ambobaka before joining the track which returns to Ambanja. Hotel Palmanova or similar.
7

8AM, transfer to Ankify to board a private speed boat that will take us to Nosy Be. From the port of Nosy Be, we will transfer you to your chosen hotel. End of our services. 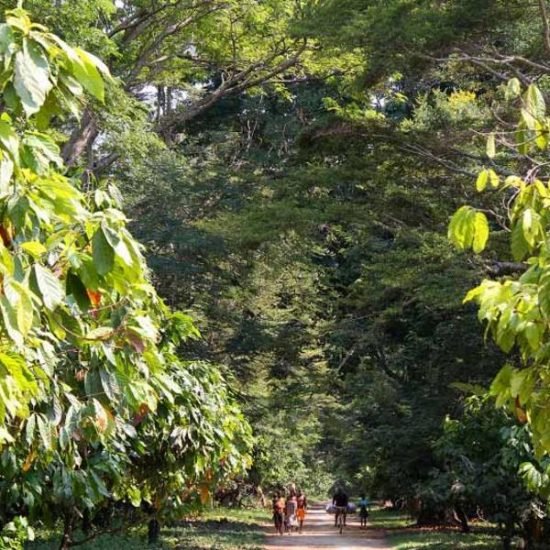 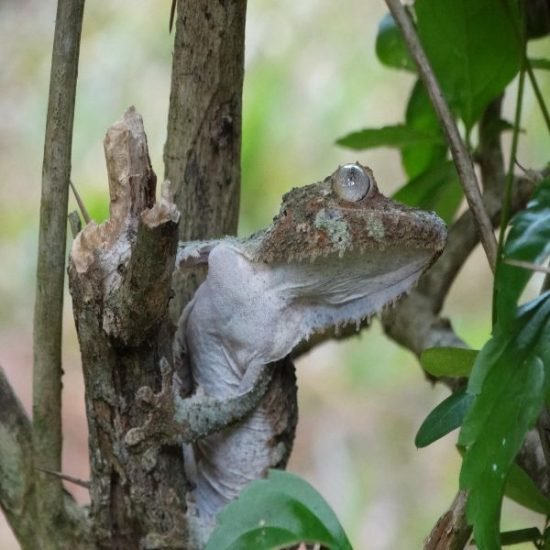 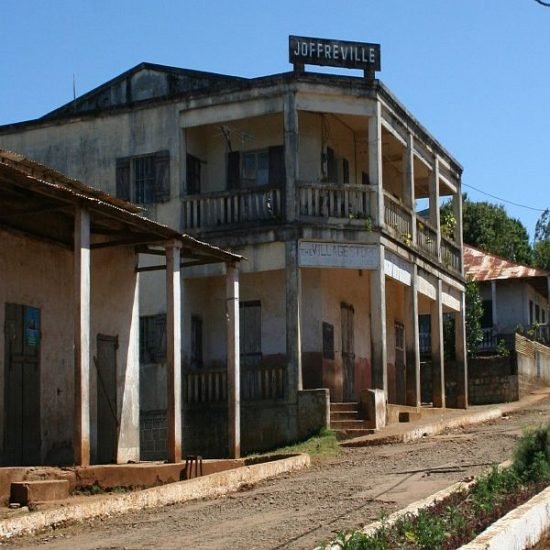 In the far north of Madagascar is Diego-Suarez (now known as Antsiranana), the third largest port in Madagascar. Former French garrison during the colonial era, the city has lost its grandeur but still retains a feeling of nostalgia and great atmosphere. The signs of colonization haunt her like ghosts. There is incredible cultural diversity in the city, always ready to party. Great place for nature lovers, natural and marine parks are very close to the city.

Ramena, a small fishing village with a beautiful beach of golden sand, bathed by the clear and warm water of the Antsiranana Bay with its many beach shacks, it is perfect for lovers of fresh fish. If you order in advance, you can eat a lobster for 10 euros. or less A great destination for beach lovers looking for a young vibe.

The Park constitutes an endemic ecosystem, being covered by a dense dry forest to the east, a dense humid forest to the west and a dense mountainous forest at the top. Several animal species have found refuge: 19 species of mammals, of which 8 are lemurs of which two main species: the crowned lemur and the brown mouse lemur (the smallest lemur in the world). There are also 49 species of reptiles in the area, including 11 species of chameleons and we cannot fail to mention the brookesia, the smallest chameleon in the world. 77 species of birds and 20 of amphibians have been sighted in the park. The flora is equally exceptional. There is a wide variety of oleaceae (lianas), a wide variety of rare orchids, along with tree ferns, palm trees, epiphytes, lichens, ficus, and a host of fine woods. Some trees are used by local people for healing purposes. The park brings a note of freshness to the warm and dry environment of the region. The park has crater lakes from which dense networks of rivers start. The city of Antsiranana gets its water from Mahasarika Lake.

The Red Tsingy of Irodo Valley

50 km south of Diego-Suarez is a group of beautiful red tsingy, to visit in the afternoon before sunset to profit from the great colors. These tsingy are the result of an erosion also called limestone pavement. The mixture of different oxides and the work of time gave birth to a set of a few hundred small fairy chimneys.

The Ankarana Special Reserve is famous for the Tsingy, an imposing limestone formation that rise into the sky for over 50 meters. Water erosion has created more than 100 caves which were inhabited during inter-ethnic conflicts. Scientists have estimated that Ankarana has some of the largest underground cave labyrinths in the world (over 100km). Some even house royal tombs. Some caves, are so inaccessible that have allowed different species of plants and animals to live in harmony in perfect solitude. The vegetation of the karst plateau is made up of invasive plants, as well as Canarium of Madagascar, pandamus, lianas, aerial orchids and baobabs that you can discover by following the botanical paths. 10 species of lemurs have found refuge there, including the endangered gray lemur, the fulvus lemur and the northern sportive lemur. The white-breasted mesite  (endemic specie) is one of the 92 bird species that populate the park. A troglodyte fauna lives in the rivers, some species of which have neither pigments nor eyes. Get ready to encounter bats in the caves. 13 species have been recorded in the park. There are also crocodiles of over 6 meters. Ankarana is a dream place for lovers of hiking and adventure.

Ambanja is a small leafy town on the Sambirano River and a crossroads for overland travel to and from Nosy Be. It is known for its large cocoa, spice and vanilla plantations, some of which can be visited.

The valley of the Sambirano River

Between sea and mountains, the river of the Sambirano valley originates in the Tsaratanana massif and flows into the sea south of the city of Ambaja. The area enjoys a warm and humid climate, favorable to the production of many cultures including that of cocoa. Spectacular landscapes and authentic excursions.