Nosy Be, the Pearl of Madagascar

Located in the Mozambique Channel in northwestern Madagascar, Nosy Be is one of the most popular tourist destinations on the Big Island of Madagascar. Favored by an exceptional geographical position, the island offers all the advantages for an unforgettable trip thanks to a favorable climate and the many activities that can be practiced. 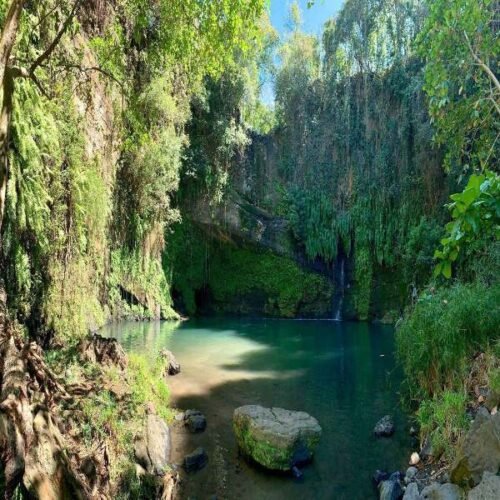 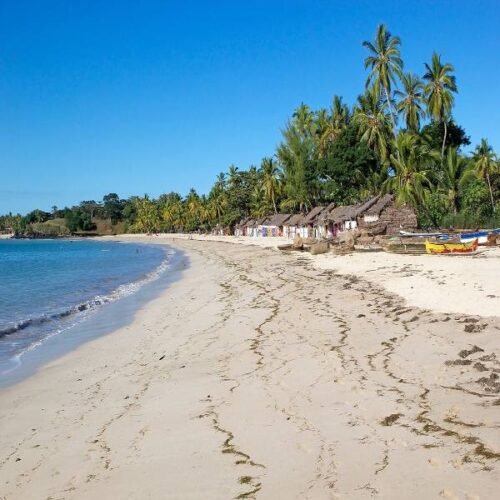 History of Nosy Be

Before the arrival of the Arabs in Nosy Be, the island was already inhabited by locals who called it “Vario Be”. At that time, the place was already ruled by a sovereign named Regina Ambary. The island was later called “Nosse-Be” or “Nos-Be”. In the 1000s, Arab ships arrived on the then wild island of Nosy Be to refuel and create a kind of large market in Mahilaka.

Later, around 1100, another market was created in Ambanoro, which is better known by the name of Marodoka.

In 1400, Ambanoro became the commercial center of the island after the decline of Mahilaka and the city was populated mainly by Indians. There are remains in Marodoka that have marked its economic power.

In 1842, the French in turn occupied the island of Nosy Be and called it by decree “Nossi-Be” a place called “The pearl of the Indian Ocean”. Having noticed that the island was very fertile, the French drew up a development plan for food and agricultural crops. During the colonial era, Nosy Be was an agricultural island where most of the crops were centered on sugar cane, rice, coffee, sweet potatoes and cassava.

In 1920 a species of Asian tree called Ylang-Ylang entered the Indian Ocean market. It is thanks to the exploitation of Ylang-Ylang that Nosy Be subsequently became one of the largest producers of ylang-ylang essential oil. This earned him the nickname of the Perfume Island (the oil is used in most perfumes in the world). After the colonial era, Nosy Be was returned to Madagascar and the island became the most touristic area in the country.

What to do in Nosy Be

You can easily spend 2 weeks in Nosy Be to practice a different activity or be on a different excursion every day.

The best beach on Nosy Be is without a shadow of a doubt, Andilana: fine white sand and turquoise sea in an authentic environment. Not far from Andilana, a must is to end the day at sunset on Mont Passot, from where you can admire a 360 degree panorama of the entire island.

Not to be missed in Nosy Be is the very interesting visit of the ylang-ylang distillery (Lemuria Land), located not far from Hell-Ville, the main town of the island of Nosy Be. Pay a visit also to the local market in Hell-Ville where you can find all malagasy spices and local fresh produce.

Madirokely / Ambatolaoka are small municipalities attached to each and are famous for their “nightlife” atmosphere. There are several hotels in these towns but the beach is not the best. Sunday is the best day to visit this area, there are several parties all along the beach.

In Nosy Be we also find the Lokobe National Park, one of the last primary forests of Madagascar.

From Nosy Be, various excursions can be organized to the nearby islands: Nosy Komba, the island that from a distance looks like a giant turtle (600 meters high), is worth visiting for the local reserve where endangered black lemurs and heavenly beaches abound; Nosy Tanikely, usually visited together with Nosy Komba, is instead famous for its marine reserve, where snorkelling is the main activity; Nosy Sakatia, the largest of the islands after Nosy Be, is nicknamed the island of orchids and is famous for its incredible tropical beaches and sea turtles; Nosy Iranja located approx. 2 hours of navigation, the most famous, its beach has been repeatedly named among the 10 most beautiful in the world by tripadvisor and other specialized tourism magazines; the archipelago of Nosy Mitsio, to experience a real Robinson Crusoe adventure.

Also worth mentioning are the islands of Ankazoberavina, Nosy Faly, Nosy Fanihy and the Radamas archipelago. 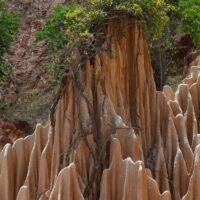 €975
A 12 days tour that includes the main sights and natural area of the great North of Madagascar and the best group excursions of Nosy Be.
12 Days